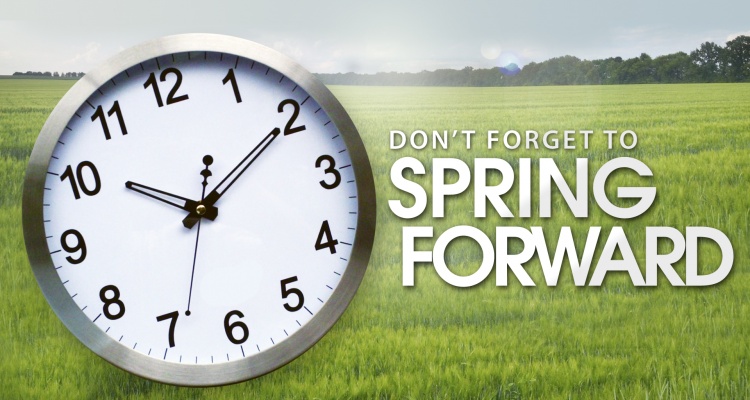 'Spring Forward' with an Eye on Safety

When Daylight Savings Time kicks in officially at 2 a.m. Sunday, March 12, not many of us will likely be awake to welcome the annual “shifting” of our natural rhythm. But wait a few hours and at least a few may notice some subtle changes, especially when it comes to how quickly we react.

So say researchers, although the evidence from numerous studies is, shall we say, “mixed.”

Those who do point to some safety issues around the “spring forward” ritual have observed an increase in severe workplace injuries at the beginning of Daylight Savings Time. (That effect has not been detected at the end of the “savings” period in the fall.)

That piece of research, which appeared in the Journal of Applied Psychology, quotes a 2009 study that found mine workers arrived on the job site with 40 minutes less sleep and experienced 5.7 percent more workplace injuries in the week directly following the transition than any other time of the year.

And a team of Swedish researchers reported (in 2008) that the rate of heart attacks during the first three weekdays following the beginning of Daylight Savings Time increased by about 5 percent from the average rate at other times of the year.

One takeaway? At least acknowledging that changes in a workplace schedule are worth paying attention to, if for no other reason than to keep us all alert on the job.

A smart way of getting someone’s attention on this issue might be a gift card that is likely to be universally appreciated. NGC has made it easy with two gift card choices in particular, from Bass Pro and Best Buy, two retailers that are sure to be well received.

Help keep your employees sharp and attentive during a time when the clock may not always “sync” with the body. A gift card from Bass Pro or Best Buy may be just what it takes to draw their attention to staying safe during the annual “spring forward.”

Gift Uber Eats to the people you care about or add value to your Uber Eats account. The Uber Eats a... Read More