This holiday season, one in five Americans plans to give a restaurant gift card, according to the National Restaurant Association, and the majority of respondents to its survey on holiday dining and gift card intentions said they would like to receive restaurant gift cards.

Motivational and recognition program managers most times base their incentive purchasing decisions on the pulse of the consumer market. The National Restaurant Association’s holiday study, which sampled just over 1,000 American consumers a little more than a week ago, is the latest indication of the banner year dining gift cards have had, and Incentive recently found that the B2B and special markets have followed in lockstep.

Reflecting what many incentive industry observers have noted to Incentive, the senior vice president of the association’s research and knowledge group, Hudson Riehle, says restaurant gift cards are “the perfect choice” for those who wish to provide “an experience rather than a material item.”

Survey results from the restaurant trade group suggest consumers, and thus incentive program participants, are still hungry for that blend of practicality and experiential offering that dining gift cards serve up.

“A gift card to a restaurant makes for a flexible gift that allows recipients to use it the next time they visit their favorite restaurant or save it for a special occasion, such as a birthday or anniversary,” Riehle notes. 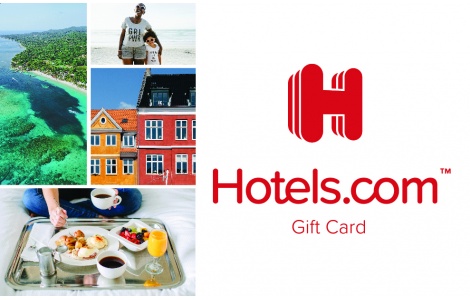 The Hotels.com Gift Card is the largest and most flexible hotel gift card, redeemable towards bookin... Read More