Total Prepaid Card Loads Will More than Double Over the Next Three Years to $672 Billion!

The total dollars loaded onto prepaid cards will climb to $672 billion over the next three years, which is more than double the $330.03 billion loaded onto these cards in 2009. Increased government activity, combined with growing consumer adoption, grew the prepaid market by $60.7 billion in 2009, and these forces will accelerate in the near future. Mercator Advisory Group forecasts that the Closed-Loop Prepaid Market will achieve a Compound Annual Growth Rate (CAGR) of 5.4% between 2007 and 2013 and that the Open-Loop Prepaid Market will achieve a CAGR of 36.6% over that same period.

In its Seventh Annual Prepaid Market Forecasts 2010 to 2013 report, Mercator Advisory Group has found that the large base of prepaid loads identified in The Seventh Annual Open-Loop Prepaid Market Assessment has sped up the transition time when Open-Loop load value will exceed Closed-Loop load value to 2011. In essence, increased consumer adoption coupled with greater loads in key government sectors including unemployment, court ordered payments, and social security; continue to drive increased loads for Open-Loop Prepaid Cards.

“Having now performed six prepaid forecasts, Mercator Advisory Group has found that the diversity of the prepaid market allows it to grow at this blistering pace, as government agencies, corporations, and consumers all find new uses for these cards,” Tim Sloane, Vice President of Client Services and Director of Mercator Advisory Group’s Prepaid Advisory Service and author of the report comments. “While Open-Loop growth captures the most attention with smaller markets that have triple digit growth, the Closed-Loop market which represents two-thirds of all prepaid dollars, has also performed remarkably well.”

The Open-Loop segments had the highest growth rates in 2009, with the government funded segments of State Unemployment (292%) and Social Security (197%) taking the lead. However consumers also weighed in by purchasing more Open-Loop products this year than last, especially of Prepaid Financial Services Cards.

The Open-Loop Gift Card market grew by 31% in 2009 and will likely continue that trajectory despite the recent attention it received from legislative bodies and consumer groups. While recent regulatory changes are likely to reduce profitability for Open-Loop Gift Cards, the regulations will also bolster consumer confidence and drive greater differentiation in the channel, since “Gift Cards” must now be clearly identified and separated from all other prepaid products. As such, Mercator Advisory Group predicts continued growth with a CAGR of 26.7 as calculated from 2007 through 2013.

The Open-Loop Gift Card segment still needs to be viewed in context. Closed-Loop In-Store Gift Cards currently represent 87.4% of the total gift card market and even with a Compound Annual Growth Rate of 26.7% Open-Loop Gift Cards will only represent 24% of the total gift card market in 2013. This is a conservative estimate that presumes In-Store issuers fail to fight and win back market share from the Open-Loop products. However, these issuers are not likely to sit idle.

The Seventh Annual Prepaid Market Forecasts 2010 to 2013 report is the last of the annual trilogy of closely followed prepaid benchmark reports (Open-Loop, Closed-Loop, and Prepaid Market Forecast) that provide a thorough analysis and documentation of the growth and development of the Prepaid Industry. It benchmarks the load, growth, and market dynamics for all Open-Loop Prepaid Solutions. This includes a review of the dollars loaded on Open-Loop Prepaid products in 18 different market segments.

Highlights of the Report Include: 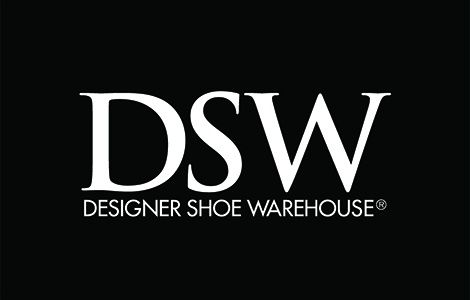